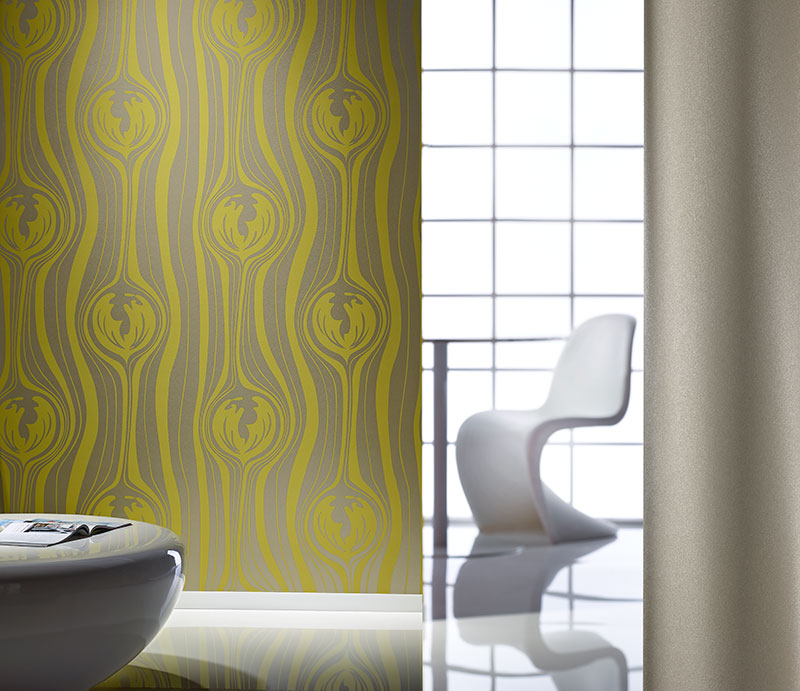 Inspired by one of the most influential artist of the 20th century, Denovo Wall introduces its two newest NSF/ANSI 342 certified wallcoverings…MATISSE™ and MATISSE TEXTURE™.

MATISSE™ was inspired by one of the most influential and innovative artists of the 20th century. Known for his use of vibrant colours and simple forms, Matisse altered the world of modern art.

This curvilinear stylized tulip is reminiscent of the brilliant works of art created by Matisse in the early 1940’s. Bed ridden for 3 months after undergoing surgery for cancer and during the start of World War II, Matisse spent time developing a new technique he called, “painting with scissors”, a method of cutting out flowing shapes from brightly painted paper and assembling them into designs. Companion pattern Matisse Texture™ offers 2 perfect solid colour coordinates to pair with each of the 13 Matisse™ colourways for a palette of 26 beautiful hues.

Fun Fact: The names for each of the colourways of our Matisse™ & Matisse Texture™ patterns were adapted from the romantic French language as well as from Matisse’s life; his wife Amelie of 41 years, his daughter Marguerite, his famous Blue Nude artwork, and his beloved cats, Minouche and Coussi…

Henri once wrote, “if my story were ever to be written truthfully from start to finish, it would amaze everyone”.

See the fascinating full story of Henri Matisse at www.henrimatisse.net/biography.html and get connected to the mid-century modern feel of our new pattern Matisse™…it will amaze you!

What are you looking for?